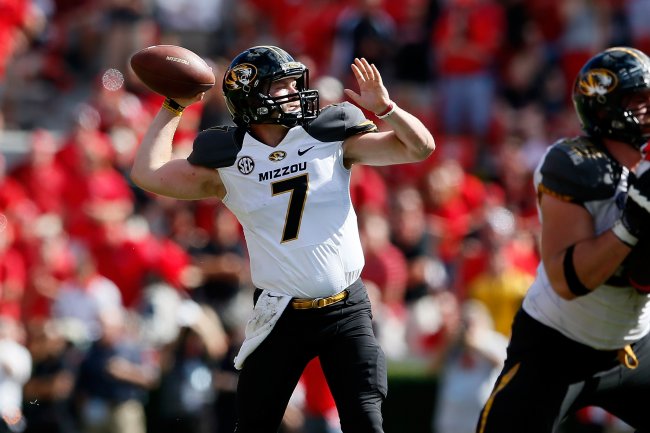 As inexperienced as many quarterbacks of the SEC East are heading in to the 2014 season, there is little doubt that there is going to be more than a little firepower coming from that position. Gone are incumbent starters like Aaron Murray (Georgia), James Franklin (Missouri) and Connor Shaw (South Carolina), but the QB cupboard is far from bare in the SEC East this season. 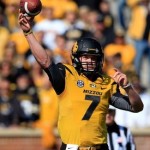 1. Maty Mauk (Missouri). Mauk enters 2014 as the clear-cut starter after putting up solid numbers last year as a redshirt freshman. He started four games in 2013 for an injured James Franklin (going 3-1 in those starts) and threw for a respectable 1,100 yards with 11 touchdowns to just one INT. Mauk appears to be a star in the making and should be the next in a distinguished line of great Missouri quarterbacks under head coach Gary Pinkel although he must improve on his 52% completion percentage from a season ago. 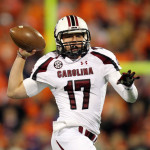 2. Dylan Thompson (South Carolina). South Carolina fans have to feel good about their chances of winning the SEC East with a wily veteran like Thompson at the helm this season. You hate to use a term like “game manager” but if Thompson can be no- mistakes kind of player, then the Gamecocks are going to win a lot of games this season. Thompson is 3-0 in his career as a starter and has thrown for over 1,800 yards in spot duty over the years. Expect a nasty offensive line and tremendous running game to take the pressure off of the first year starter, especially early in the season. 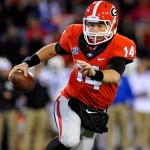 3. Hutson Mason (Georgia). After four long years as a backup to Aaron Murray, redshirt senior Hutson Mason will finally get his chance to lead the Georgia offense in a season where expectations are sky high. There is reason for optimism considering Mason’s accomplishments in 2013 after he took over for an injured Aaron Murray. Mason threw for 968 yards and five touchdowns in four games and boasted a solid 60% completion percentage in those outings. Mason should be a great compliment to the dubious Bulldog ground game, and the team has a great chance to win the SEC East with Mason under center. 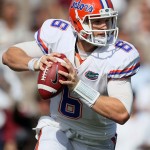 4. Jeff Driskel (Florida). Driskell has had a bit of a rocky road at Florida, mostly due to an injury plagued season in 2013. For the Florida Gators to improve offensively this year, Driskel will have to be a more effective passer and improve on his 2012 stats (throwing for 1,600 yards and rushing for 400 more). The Gator offense was woeful in his absence last year and having a familiar face in the huddle should provide a shot of much needed gasoline. 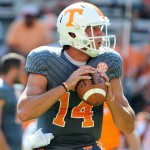 5. Justin Worley (Tennessee). It was only a week ago that Tennessee head coach Butch Jones named Worley the starter for the Vols season opener against Utah State next weekend. Jones stated that Worley is “is playing the best football of his career,” which has to be music to the ears of those great fans up on rocky top. Worley threw for 1,200 yards and 10 touchdowns a year ago before going down with an injury in the Alabama game and his consistency will need to improve greatly for the Vols to find themselves in bowl contention. 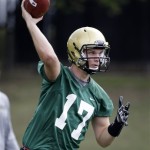 6. Patton Robinette/Stephen Rivers/Johnny McCrary (Vanderbilt). They always say that “if you have two quarterbacks, then you really have none.” In Vanderbilt’s case they have three and a starter has yet to be named by 8/21. Rivers, who is the younger brother of San Diego Chargers quarterback Philip Rivers and a transfer from LSU recently weighed in on the three-way battle: “We’re really battling it out, and I think that’s a good situation for the coaches to have,” said Rivers. 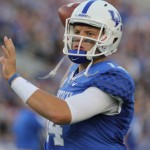 7. Patrick Towles (Kentucky). Coach Mark Stoops made the decision to start sophomore Patrick Towles early this week and he clearly feels like Towles give Kentucky the best chance to win. The former 4-star recruit is a big 6’5, 238 lb quarterback with a big arm and a lot of tools. Towles obviously has a big mountain to climb if he and his Wildcat teammates are going to find success in 2014. The team is in search of its first conference win since 2011 although coach Stoops has been recruiting very well and working diligently to change the UK culture since arriving in Lexington in 2012.

One thought on “Ranking the SEC East Quarterbacks”