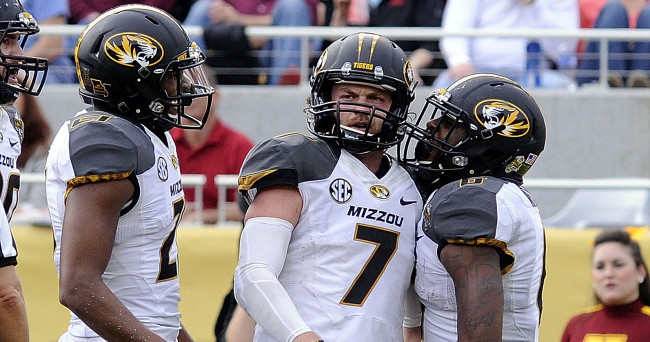 After silencing national critics by winning the SEC East in 2013, Mizzou proved it was no “one hit wonder” by winning the division once again last season. It’s clear that Missouri has been a thorn in the side of the old-guard SEC, as fans and pundits alike continue to bellow delusions about the state of the division itself instead of the accomplishments of a program that was said to be unable to compete with the big boys down south. 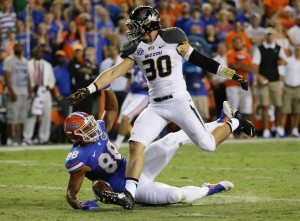 So while programs like Tennessee, Florida and Georgia stumble about the college football landscape attempting to find relevance once again, the business-like Missouri Tigers are talking SEC East three-peat in 2015. To win a third straight division championship would be to complete a task that no other SEC program has ever done before, but it appears that the stars just might line up once again for the Tigers.

5 reasons Mizzou will three-peat in 2015 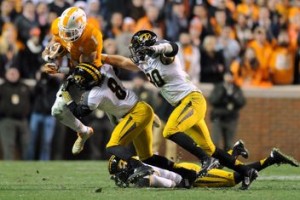 1. Defense. Despite losing its top pass rushers in Markus Golden and Shane Ray, Head coach Gary Pinkel believes his defensive unit will be special in 2014. Linebacker Kentrel Brother returns as the teams leading tackler and the front four should be formidable once again. The cornerback tandem of Aarion Penton and Kenya Dennis might be the best in the SEC heading in to 2015 which will be a huge advantage especially in conference play. The Tigers led the SEC in sacks a season ago and the pressure will be on young players like Charles Harris, Spencer Williams and Rocel McWilliams to continue Mizzou’s tradition of being “Defensive End U.” 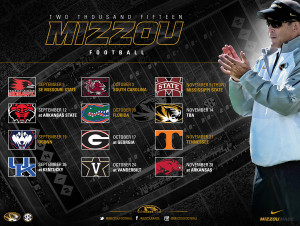 2. Schedule. Missouri will have the luxury of playing key games against the likes of Tennessee, Mississippi State and Florida at home and while road games at Arkansas and Georgia are formidable, the Tigers have won a miraculous 8 straight on the road in the SEC. It is also worth mention that both Tennessee and Georgia play Alabama in 2015 and that Georgia will also go on the road to Auburn late in the season which gives Mizzou a decided schedule advantage. 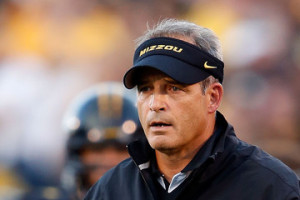 3. Coaching. Gary Pinkel has certainly proven his worth as one of the top active coaches in college football and is the all-time winningest coach in Missouri football history. Pinkel and his staff’s ability to identify and develop talent is almost unprecedented in today’s college football landscape as Mizzou is always outside the top-10 nationally in recruiting, yet amazingly finds itself in the top-1o in NFL draft picks since 2007. Pinkel is now tied with Mark Richt for being the longest tenured coach in the SEC and his business-like approach has paid massive dividends for a once fledgling program. 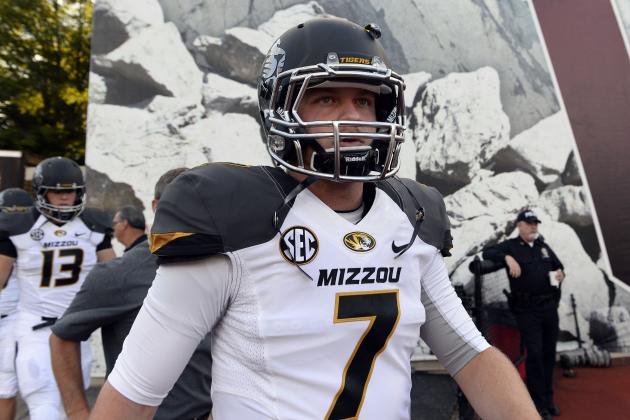 4. Returing quarterback. Despite having some struggles in SEC play, Maty Mauk returns as one of the top quarterbacks in the conference in 2015. Mauk is an astounding 14-4 as a starter and is looking improve his numbers from a year ago. He is an unquestioned leader on the field and his toughness and running ability will be very important to the Mizzou offense this season. Mauk has been working feverishly in the off-season and has even slimmed down a little bit to optimize his speed. 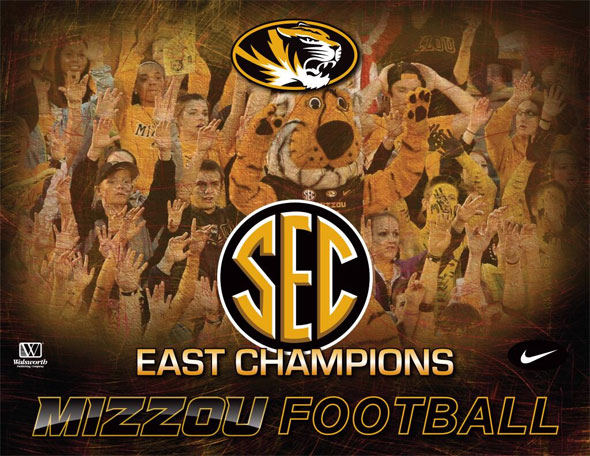 5. Been there, done that. There are not many players on the Mizzou roster that were around the last time the team DID NOT win the SEC East. There is an expectation among the coaches and players that the division is there for the taking and that getting to Atlanta in December is assumed until another program is able to unseat them. This is a very confident and polished program at this point and the rest of the SEC is taking note. Established SEC stalwarts like Tennessee, Georgia and Florida are certainly not going to sit idly by and watch the Mizzou parade continue so the Tigers will certainly be seen as a target heading in to the 2015 season.