10 reasons why I hate baseball 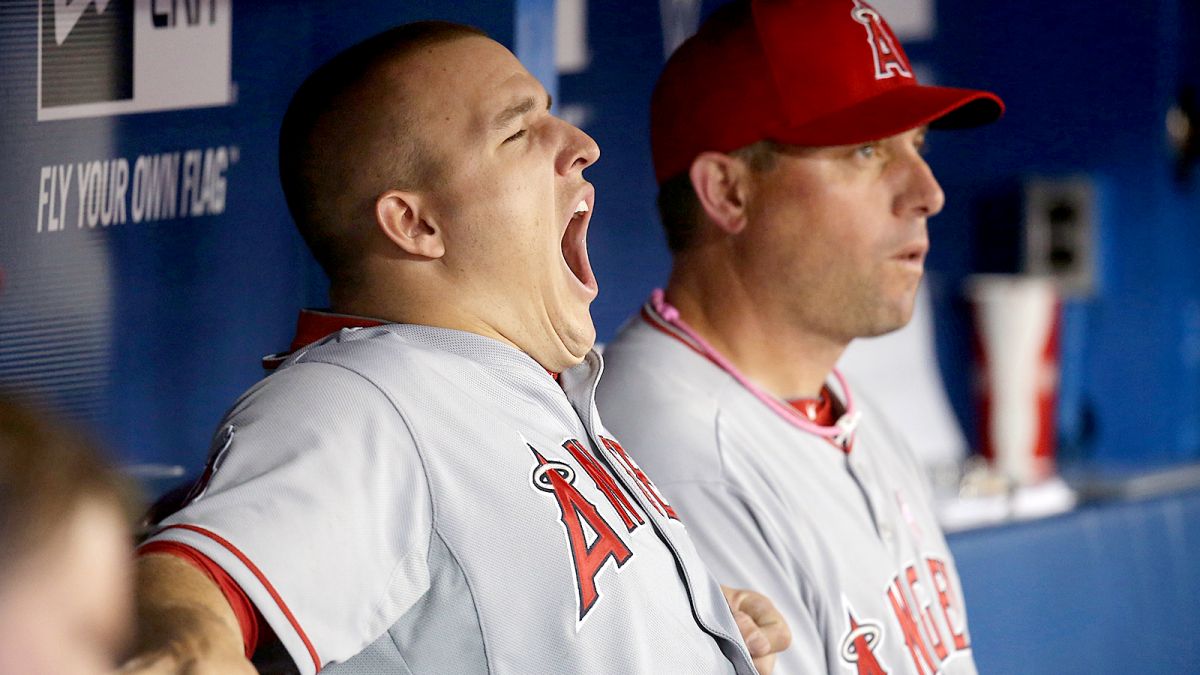 Admittedly, there was probably a time where the game of baseball was a stirring and relevant sport. Back, say, in the 1920’s when there was not much else to do other than play kick the can or marbles, American’s reveled in its baseball heroes of the time.

Today, the game still maintains a hardcore following in the U.S. and is played in most countries in the world although it has long since been unseated by football as the most popular sport in the nation. By many, including myself, baseball is seen as mind- numbingly boring and merely a bridge between basketball and football. Despite its rich history and vast positive contributions to the American sports landscape, I find the game increasingly annoying (especially living in Kansas City where 85% of Royals fans just found out the game existed two years ago).

While I should be watching film and preparing for the upcoming football season, I’ve decided to delve a little deeper into my hatred for this game and bring you the 10 reasons why I loathe its mere existence. 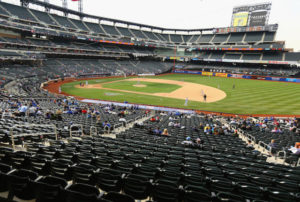 I always felt like if aliens landed on earth and started demanding to know some of our traditions, I would not be comfortable telling them that Major League Baseball plays 162 games in a season and I doubt they would believe me regardless. There’s nothing like a random day game during the dog days of Summer with 6,000 people in attendance melting in the intense heat.

With that many games on a schedule, literally not one of them is relevant in and of itself (obviously they matter cumulatively) and, even for the most hardcore fan, it’s almost impossible to follow all of your teams’ games. Also, I want to assault people who utter phrases like “Only 10 more days until pitchers and catchers report to training camp!” Uhhhh, really? Were the last 4 days without baseball that tough on you? 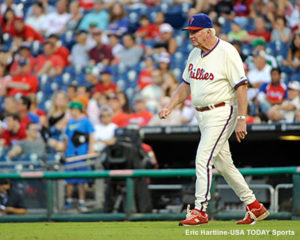 Seriously, it’s embarrassing. You’ve got fat, old men walking out to the mound with their gut hanging out of their jerseys and they are wearing cleats and the whole 9 yards. They may as well wear gloves in the dugout while they are at it! I think, to offset this insanity, that football coaches should start wearing full pads on the sidelines with helmets and all. I mean, is it too much to ask for Nike to come up with some sort of pull over or dri-fit shirt that these “skippers” can wear? 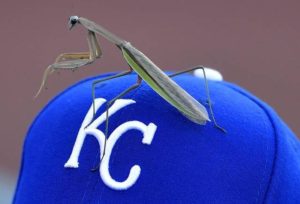 By nature, all sports can lend themselves to superstition, but none are worse or more cheesy than baseball. Recently, a preying mantis was found on the Royals dugout following a victory and, yep you guessed it, this somehow blew up and became popular in Kansas City. Soon you were seeing “Rally Mantis” signs and even t-shirts and it literally made me question how I could live in a world where this was possible. I mean, rally caps are bad enough but the mantis has pushed me over the edge in my world of baseball hatred.

To add to that point, is there anything more tacky than baseball terms? Hitting a fly ball like a “can of corn” or describing a high fast ball as “high cheese” are just a few of the many examples of these cringe-worthy sayings. In football you have things like a “battle in the trenches” which actually sounds intense and amazing and in baseball you might hear about there being “ducks on the pond” when a team has base runners. You be the judge? 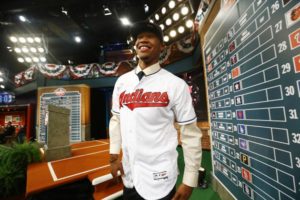 I’m sorry how many rounds are there? Who in the name of mother earth are these guys? The MLB Draft is like 40 rounds of drafting random 18- year-olds from around the country. How are these players scouted? Are there really people going to watch high school games in Dubuque, Iowa to make these draft decisions?

Most of these players are never seen or heard from again and only decide to “play baseball” because college football is too hard and offers no signing bonus (in theory). While the NFL Draft is a giant spectacle, the MLB Draft plays out like an endless day of being forced to antique store hop with your wife. And, please, don’t even get me started on the idiocy that is fantasy baseball! 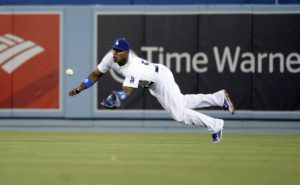 5. The Same Plays Over and Over

I’m not saying that baseball players are not great athletes because they clearly are, but my gosh watching Sports Center from April-August is like watching re-runs of the “Young and the Restless” every day with the same exact diving catches, double plays and walk off home runs. Baseball just does not provide the “wow” moments that other sports do and is unfathomably predictable. “Number 8 on our Sports Center top 10 is this 6-4-3 double play and if you are wondering if you saw the exact same play yesterday, you sure did!” 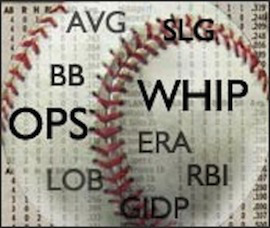 6. The Stats are Nerdy

When I hear people start reeling off baseball statistics, I tell myself that I know exactly how the cast of “Friends” must have felt when Ross started talking about Paleontology. “Who was the last left handed pitcher to win game one of a double header on a Sunday in the last twenty years?” Just UGHHHHHHH! Stop, like, I literally need you all to stop.

I realize Rainman sounded impressive reeling off random stats about Fernando Valenzuela but every baseball stat that I hear sounds like someone is trying to teach me thermonuclear time share against my will. “Well Jones has a .233 average with runners in scoring position and a slugging percentage of .400 against right handed”….my gosh I can’t even fake this. 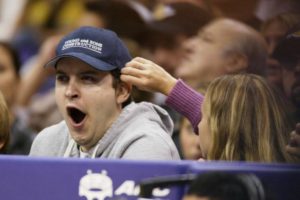 The average Major League Baseball game is 2 hours and 56 minutes. Oh yeah and they do this 162 TIMES! Merely writing this makes me cringe especially considering the average NFL game only lasts about 16 more minutes!

Right now I’m having nightmares of hitters re-adjusting their batting gloves and spitting on their hands after every single pitch and the most exciting thing occurring in a given half-inning being a lazy seeing eye single that makes a few fans golf-clap as the runner rounds first base. I realize that baseball is more about taking the family out to the ballpark for a day of fun in the sun with dip n’ dots and cotton candy flowing freely, but can we at least try to get them home before midnight? 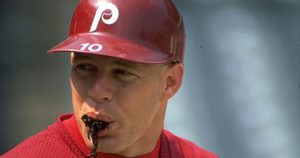 Not only is chewing tobacco completely disgusting and a horrible example to children, but how can this sport be taken seriously when guys are out there spitting gunks of carcinogens while actually trying to play a game? I’m trying to picture Tom Brady with a hunk of “bacce” in his mouth while calling plays in an NFL huddle and spitting all over the field after completing a pass. I realize that the game is unrealistically long but can we find something else for these guys to do? Seriously just play Pokemon Go while standing in the outfield or something. 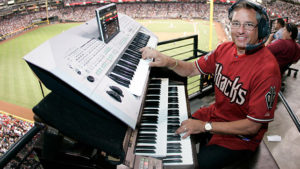 I will admit to being a football junkie that loves nothing more on this earth than being a part of 80,000 people losing their minds at a game. Football is such an event that the tailgating, festivities and game itself is an all day, or even all weekend festival of joy. Baseball, to me, the exact opposite.

You’ve got cheesy organ music playing (duh duh duh duh duh duh….CHARGGGGGGE) ad nauseum, people milling about casually during the game and haphazardly cheering during “exciting” moments. Football feels like an event whereas baseball feels more like a trip to the carnival at best (and more like a forgettable picnic at a local playground). 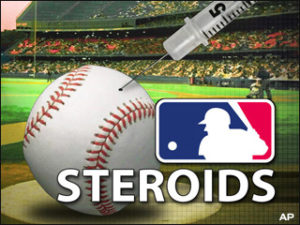 To this day, my least favorite sports topic of all time. I don’t so much care about people doing it, but steroids have made for some of the most boring and monotonous sports talk radio in the history of mankind over the years. The fact that I even know what Balco is makes me a little uneasy and just thinking about the media coverage that was given to all this juicing is making me want to drive my car into a wall. Should steroid users be in the Hall of Fame? Should we prosecute users who lied about it? 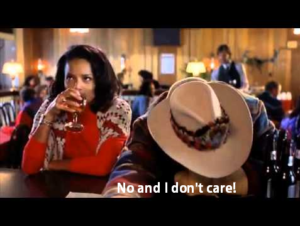 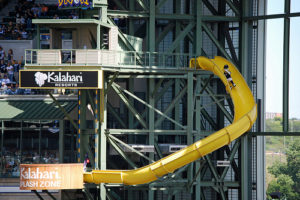 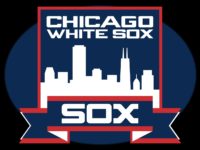 It’s not America’s pastime any longer. As of 2015, nearly 30% of MLB players hail from Latin countries.

8 thoughts on “10 reasons why I hate baseball”