CFB Primer: The Week the Polls Dropped Out 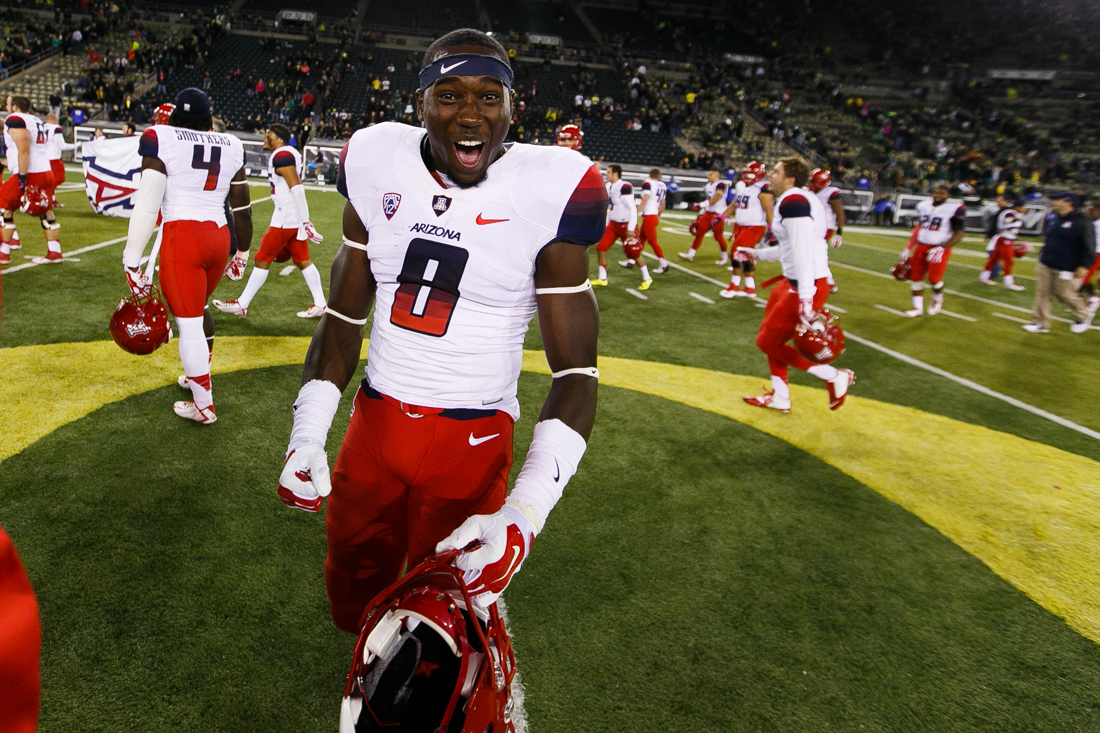 The polls have been pretty fluid this college football season without so much emphasis being put on the number one spot. Teams have dropped from the teens to unranked after a loss, and they have gone from unranked to prime position after an impressive win. It would be easy to say that voters are overreacting to things, but again without that emphasis on the top one or two spots it seems that things can be earned, or lost, much faster. Voters haven’t been as stubborn as they have in the past letting their preseason notions of a team cloud their view of the field.

Ramifications galore stem from this weeks games. Ramifications which will ruin some seasons and catapult other teams into the top 25…for at least one week.

Coming in to the weekend it was clear that six ranked teams would lose simply by virtue of head-to-head match ups. That’s a pretty heavy week as far as shake-ups go.

Then Thursday night happened and the number two team in the country, Oregon, lost to unranked Arizona.

Then Friday happened and number 18 BYU was downed by Utah State.

Those losses bring the total number of ranked teams that must lose to eight. That’s roughly half the field of eligible ranked teams that will lose in a single week of college football. So let’s take a look at the guarantees.

Alabama (3) at Ole Miss (11): An SEC match up pitting juggernaut Alabama against a start-up squad in the SEC. Ole Miss has had plenty of success on the recruiting trails of late, but is it enough to take down Alabama? I don’t think so.

Oklahoma (4) at TCU (25): Oklahoma is a good football team. It’s too bad they play in the Big 12 division of the NAIA, otherwise they might make the playoff, huh? Because TCU is NAIA too, Oklahoma rolls.

LSU (15) at Auburn (5): This Auburn team doesn’t look to be clicking the way they can. LSU isn’t as strong as they have been in the past. I still think they are good enough to pull the upset. Then Auburn will turn it on and score a couple touchdowns against Missouri after the game.

Stanford (14) at Notre Dame (9): In what promises to be one of the most boring games of the season, we will hear ad nauseum about what a great game was played when these two “academic powerhouses” pretend their rankings are not inflated. Stanford wins and Notre Dame moves up in the rankings.

Nebraska (19) at Michigan State  (10): Honestly, I don’t care. Some will win, but honestly, don’t we all lose here? Nebersky drops.

In addition to that USC Cali-edition hosts unranked Arizona State and those PAC-12 teams have been beating the hell out of each other. I think USC goes down.

Baylor (7) goes to Texas, and sure, Texas sucks, but that’s a rivalry game. So anything could happen.

So, use the space below to tell us who jumps in the rankings, how far teams fall, and just how wrong I am on all of it. Be sure to share the article and your snarky comments on facebook, twitter and other social media.