Top 10 NFL Uniforms of all Time 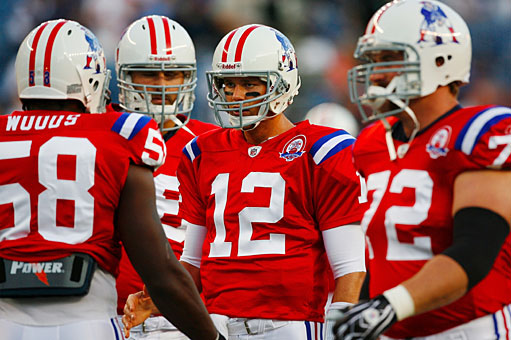 From sleek and classic to terrible throwbacks, NFL teams have pretty much run the gambit when it comes to uniforms over the years. Let’s take a look at the 10 greatest uniforms in NFL history: 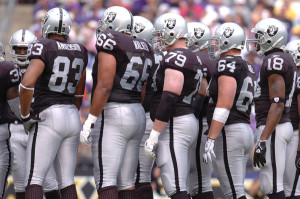 One of the best uniforms in all of sports, the Raiders have made very few alterations to this classic design since the team was founded in 1960. The silver-and-black (albeit not for the past decade plus) was an awe-inspiring and intimidating look especially during John Madden’s coaching tenure in Oakland. 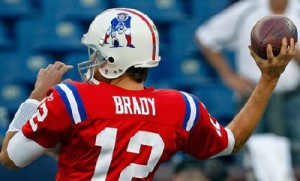 The Patriots still like to bust out these awesome threads at least once a season and for good reason. The Quaker on the helmet complete with the simple red/blue/white concept is one of the cleanest in NFL history and also reminds us all of that time New England got crushed in the Superbowl by the Bears in 1986. Would anyone really complain if the Patriots switched back to these full-time. 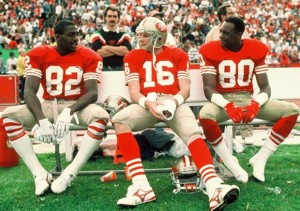 What a joyous occasion it was when the Niners switched back to their classic Montana-era design in the mid 2000’s. These scarlet-and-gold uniforms are synonymous with the team of the 1980’s that won four Superbowl Titles and are nothing less than a symbol of the city of San Francisco itself. 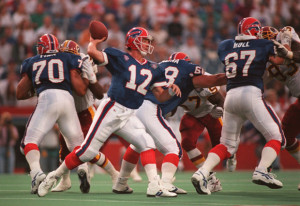 Sure the Bills lost four straight Superbowls while wearing these uniforms, but this reminds us all of the decade in which the franchise was relevant. These designs were a great follow-up to the O.J. Simpson era uniform and were as recognizable as any in the NFL during that time period. 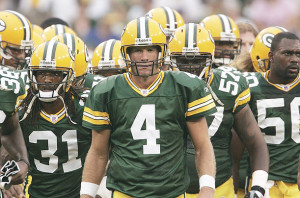 Since 1959, the Green Bay Packers uniforms have served as the symbol of excellence in pro football. From Bart Starr and Vince Lombardi to Brett Favre, these classics have remain unchanged for 50-plus years and are as identifiable with the city they reside in as any in pro sports. 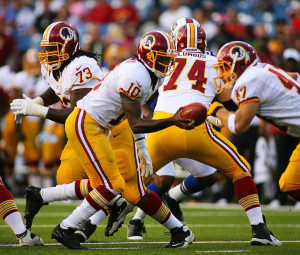 Sure the ‘Skins have deviated from its best uniform over the years, and yes the team may eventually have to change names, but the yellow pants are a nice reminder of past franchise glory. RGIII may not quite be on the level with Sonny Jurgenson, but the Redskins have at least managed to re-engage fans with this classic look. 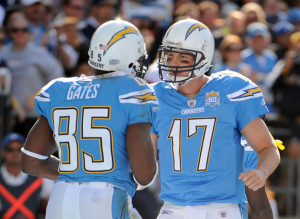 You really can never go wrong with powder blue uniforms in any sport and the Chargers have done a tremendous job working them back into their modern look. The dark, navy blue of the 90’s is long gone much to the joy of San Diego and NFL fans alike. 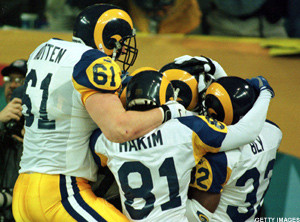 If the Rams ever move back to L.A. it should be a foregone conclusion that they would switch back to these uniforms. The Rams were a power in the 70’s but could not get over the hump to win a Superbowl until after moving to St. Louis in the late 90’s. The team went with a more dull-looking gold soon after although they still grace us with the classics at least once a season. 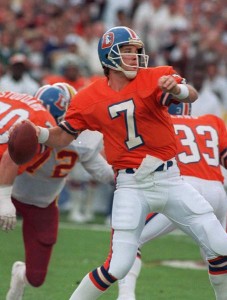 The Broncos have been involved with some ridiculously bad uniforms over the years (including the current design) but for a large part of the Elway era, Denver got it right with a set of threads that really stood out at the time. The powder blue helmet and the orange jersey was a great look for the Broncos in the 80’s and 90’s, so much so, that they have re-introduced the orange jersey as their go-to home jersey in the modern era. 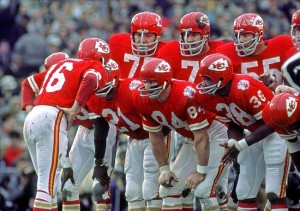 Another team that has managed to stay with its classic look, the simple, yet effective bright red jersey always looks awesome set against a backdrop of 75,000 red-clad fans at arrowhead stadium. The team went with all-white road uniforms in the 90’s which is an extremely clean and effective look and is still used today from time to time.