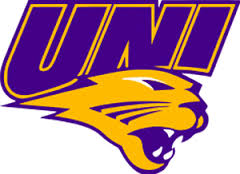 Last night, @coach_fritz and I (@catteberry33) had great nights in the overall pick ’em, but had mediocre showings when picking against the spread. Fritz went 3-1 last night overall with his only loss being Dayton over Davidson. ATS (Against the Spread) he was 2-2 with picking the Dayton and Kentucky games incorrectly. I went 4-0 in overall pick ’em. Might want to give me a trophy for that because it may never happen again. ATS I went 2-2 with my losses being Kentucky and Iowa covering. It wasn’t a horrible first night for either of us but we will do our best to get better in the future.

Now… let’s get to tonight’s action.

Indiana State is coming off of a 6-point loss to Drake, which was their first conference loss of the season. The Sycamores came into conference season at 4-8, but have since went on a 5-1 run to get back to .500. Freshman Brentan Scott looks to continue his recent success tonight. Northern Iowa has just been on a roll since opening conference play with a loss to Eansville as they have won 5 in a row since then. They’ve turned the defense up this year and that’s been a big reason for their success. Indiana State looks for their 3rd straight victory at the McLeod Center but UNI looks for their 10th victory at home this season.

@catteberry33: UNI will win and cover at home. I’m not a complete believer in Indiana State yet.

@coach_fritz: I’ll take UNI to win and cover the -13.5. Seth Tuttle will have a monster night.

SMU has won 12 of their last 13 with Cincinnati being the one to break up that win streak. Tonight though, the Mustangs will be without Keith Frazier and Justin Martin. Nic Moore and Markus Kennedy will need to step up big-time in their absences. Tulane, meanwhile, is coming off two wild games in a triple OT loss to UCF and a 3-point win over Houston. Tulane has at-large NCAA Tournament hopes still, barley, but they need to start knocking off the big boys of the American (SMU, Tulsa, Memphis). Look for Louis Dabney to have a big night tonight.

@catteberry33: I think SMU wins but I think Tulane covers. SMU is without two key guys tonight and it’ll hurt.

Coach Frank Haith has Tulsa on a roll right now, winning 7 in a row. James Woodard and Shaquille Harrison have shouldered the load so far and look to carry the Golden Hurricane to glory this season. Memphis has been on a roller coaster this year. Remember when this team lost an exhibition to a DII team? Josh Pastner and his boys have righted the ship a bit after Pastner’s seat was starting to get warm. They’ve won 3 in a row and sit at 4-2 in the conference. Austin Nichols will create some match-up problems for Tulsa tonight.

@catteberry33: I will take Haith’s Golden Hurricane to win and cover. I don’t trust Pastner’s Tigers yet.

@coach_fritz: I’ll take the Tigers. Shaq Goodwin will lead Memphis to an outright win. Memphis is a great value pick at +4.

Keanu Post has given Missouri a boost since conference play started but it hasn’t been enough as the Tigers have lost 3 straight since beating LSU. The youth is starting to get better but unfortunately for Kim Anderson, they just can’t get over the hump. Missouri is coming off of a close loss to Tennessee. Texas A&M is 8-1 at home with their only loss being a double OT loss to Kentucky. Jalen Jones, transfer from SMU, has been tremendous this season and is the 12th leading scorer in the SEC.

@coach_fritz: Texas A&M will win but Mizzou will cover. Mizzou continues to play  close games, and I think they will play another one tonight..

@catteberry33: I’m going with Mizzou to win this game outright. College Station is never an easy place to win but I’ll pick the upset.

@coach_fritz: Auburn will win and cover the spread.

@catteberry33: I will take Auburn to win and cover.