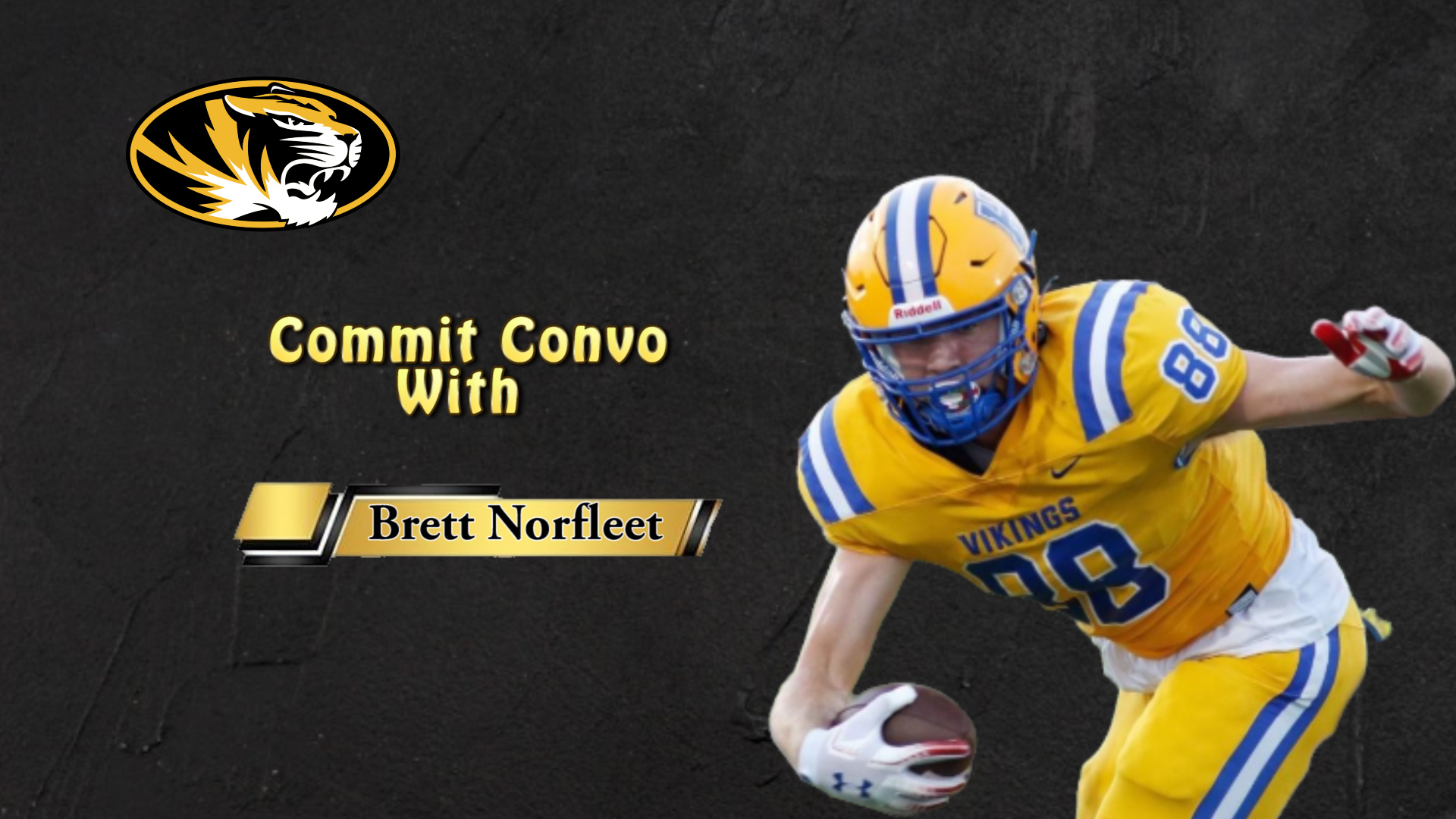 Mizzou football‘s 2023 recruiting class got off to a hot start earlier this week with the addition of 4-star tight end Brett Norfleet from St. Charles, MO

Norfleet, 6’7, 225 lb is currently the 12th-ranked tight end in the 2023 class according to rivals.com and will also play baseball at Mizzou. Norfleet chose Mizzou over programs like Florida State, Kansas State, Arkansas, Michigan and Tennessee.

Starcade Media: You are officially the 1st commitment for Missouri’s 2023 class, But how important was it for you looking at the success of the 2022 class so far in making your decision?

Norfleet: The recruiting class speaks for itself. It’s always good to see a highly rated class coming in and I look forward to our class being just as good if not better.

Starcade Media: Talk about your relationship with Eli Drinkwitz and the coaching staff.

Norfleet: Coach Drinkwitz, Coach Woods and really the entire football staff are very personable and out going. They always made me feel like I was at home. They work very hard day in and day out to bring the best talent to the team.

Starcade Media: Why do you think it was important for you to commit this early in the process. As a 4 star recruit you had many offers in the can already for major programs, why Mizzou?

Norfleet: I was always told in recruiting when it feels right you will know. Mizzou was it for me. After traveling several places and meeting many coaches, I knew I wanted to be close to home. My entire family lives in Missouri and can generally be to Columbia within a couple of hours.

Starcade Media: Missouri has a history of producing top notch tight ends but none that are 6’7! What physical attributes do you think make you is you a great fit at the next level and what are you working on to become better?

Norfleet: My physicality in blocking is something I think is a strong part of my game. I am working on getting stronger along with hands and route running. There is always room for improvements in all areas of my play.

Starcade Media: How important come if at all comment is it for you to play in the SEC?

Norfleet: SEC was at the top of my list. I wouldn’t say it was a requirement but definitely a pro for me.

Starcade Media: How important has Missouri’s recent rejuvenation on the field been in this process for you?

Norfleet: I’m glad to see they are headed in the right direction and cant wait to be a part of the team.

Starcade Media: As the 1st commitment in the 2023 class do you feel like you will be a ring leader in helping recruit other players to help build something special at Mizzou?

Norfleet: I will do my part to make this class as good, if not better as last year. I am starting on the in-state kids and time for them to come HOME!